Darwin’s Dragons – at a glance 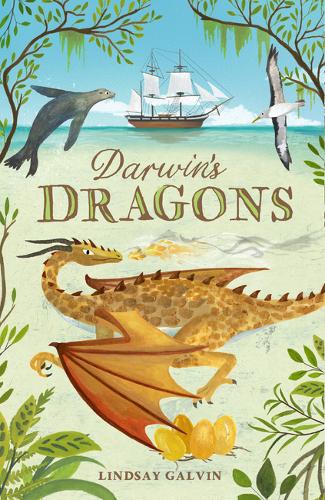 Darwin’s Dragons is a marvellous tale that plunges the reader into Charles Darwin’s HMS Beagle voyage and adds a young boy’s wonder, imagination and bravery into the historical mix. This is an excellent flight of fantasy; a fantasy firmly grounded in historical fact and geographical realism.

Syms Covington, a real-life thirteen-year-old cabin boy in 1835, tells the story from his perspective. A cabin-boy and ship’s fiddler on HMS Beagle, he uses hard work and natural ability to become Charles Darwin’s trusted assistant during the epic five-year voyage. Whilst exploring with Darwin in the Galapagos Islands, Syms is swept overboard during a violent storm and is washed up on an uninhabited, volcanic island called Narborough. 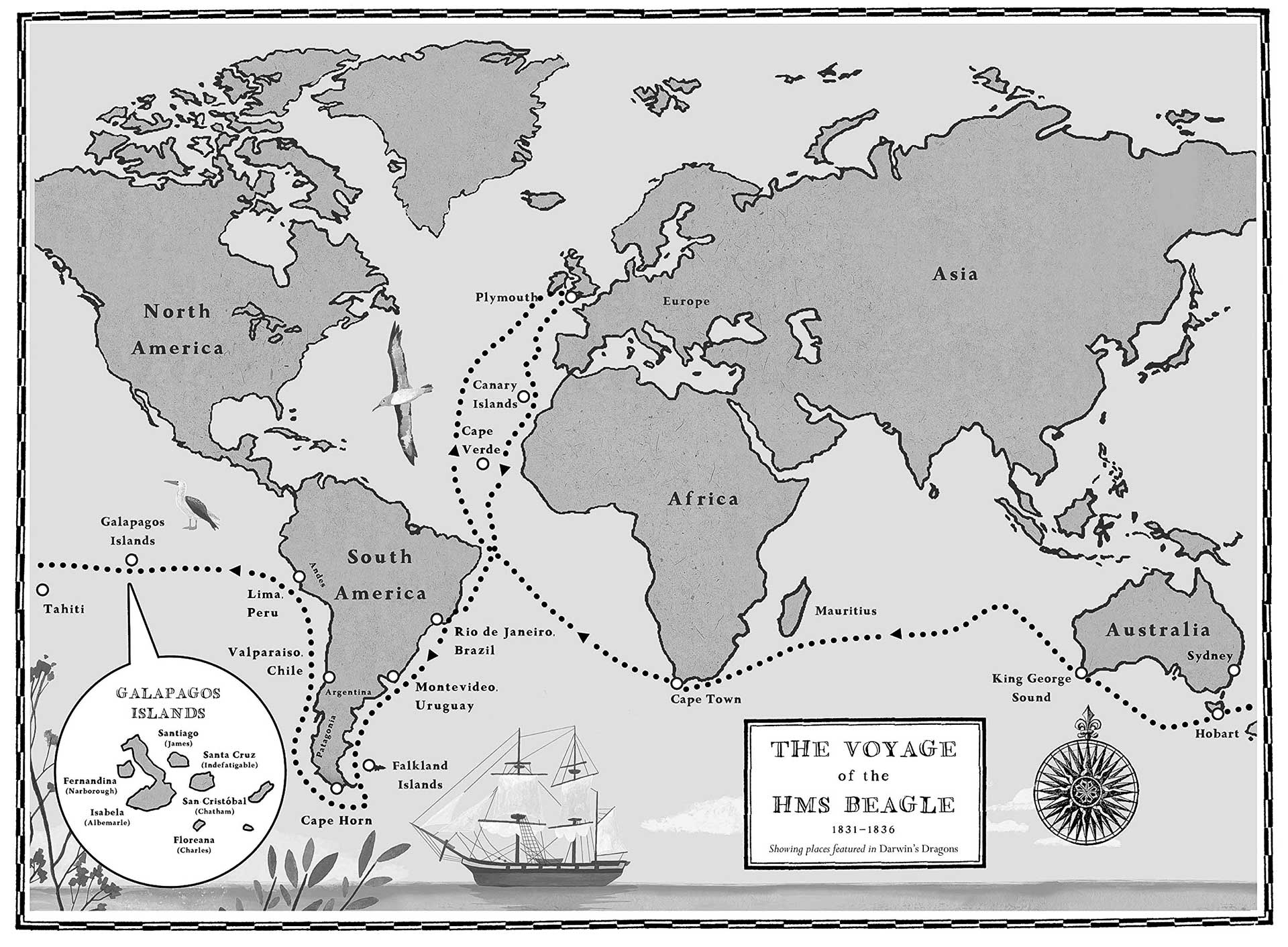 Syms’ life is saved by a lizard that he names Farthing – named after a shiny copper coin that he received as a reward for his fiddle playing, and Farthing becomes his saviour, friend and talisman. The teenager spends several terrifying days on the island before he is reunited with HMS Beagle and its crew.

When Darwin returns to England, his ideas and specimens will inform the books that later revolutionise scientific thinking. Syms, however, returns to England with eight dragon’s eggs which hatch out to the delight of Queen Victoria and the visitors to the London Zoological Society Gardens. Deemed to be just exotic lizards, only Syms knows the truth.

The ending, set twenty-five years later will leave the reader with a satisfying feeling of wonder and belief.

This planet was once home to magnificent dinosaurs, so why not dragons?

The relationships between Syms and Darwin and his fellow shipmates are well handled and the bond forged between the boy and Farthing is convincing and at times moving. Young readers will appreciate the powerful emotions at work here. The story storms along at a great pace and Lindsay Galvin’s attention to historical and geographical detail gives the fantasy a realistic dimension. As the author tells us, ‘This planet was once home to magnificent dinosaurs, so why not dragons?’

The book includes an interview, background notes, pen portraits of the people and places involved, a Charles Darwin timeline and a map of the voyage of HMS Beagle 1831–1836 – all of which add to the overall package. The cover, designed by Steve Wells, with its excellent maps and illustrations by Gordy Wright – is attractive, informative and well-executed.

Although this reader doesn’t believe in unicorns, dragons are altogether another matter!

If you like Darwin’s Dragons by Lindsay Galvin you might also like: Voyage of the Sparrowhawk by Natasha Farrant, Emily Windsnap and the Pirate Prince by Liz Kessler, The Pearl in the Ice by Cathryn Constable, Travel locations and holiday destinations inspired by children’s books, and our list of recommended books for KS3.

Browse more books for KS2 or magazines for children?