Ronaldo Rules – at a glance 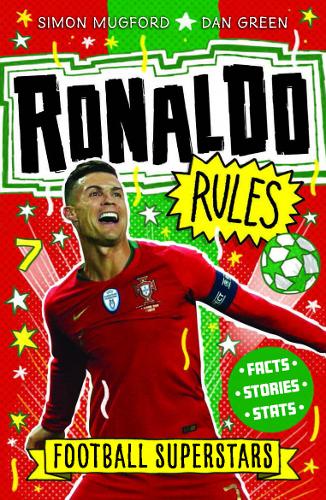 Heroes and numbers are the only things that make modern football intelligible and this book has one universally-known hero and thousands of numbers jumping out of every page.

‘Stratospheric’ is the ideal word to describe modern footballers’ levels of pay and fame. Apart from the magnificence of their feats on the pitch they are only ever seen stepping like delicate gazelles from the team coach before a game, in their spotless track-suits, huge sun-glasses, and earphones, their lives gated off and controlled by the clubs who pay them weekly more than most people will see in ten years.

It was not always so. A photograph exists of Jimmy Dugdale, the Aston Villa half-back, getting off a bus outside the ground before a match. He is smoking a Woodbine and wearing a cheap mac, just like most of the fans around him. A few months previously he and ten of his mates had beaten (or, more accurately, beaten up) the legendary Busby Babes of Manchester United in the 1957 Cup Final.

In 1968 I was a young man living in Manchester. United were kings of Europe and City were First Division champions. Yet it was quite normal to see George Best tootling around town in his E-Type on a night out. If you knew where to go you could probably buy him a drink and have a natter. George was a flashy player but Colin Bell at City was better. A team of Colins would always beat a team of Georges. He was the best English player of the last fifty years. And you could often see him jogging up and down Withington Road, in the quiet ordinary suburbs of Manchester, in a track-suit most charitably described as ‘worn.’ If you don’t believe me, news film of him doing it exists on Youtube somewhere.

The next generations matched Kenny Dalglish against Bryan Robson and Dennis Bergkamp vs Roy Keane. But for children of the last decade, Ronaldo is a rare combination of styles – steel, guile, power, pace, trickery, and drive. Ronaldo Rules is a book about a player who can appeal to all. 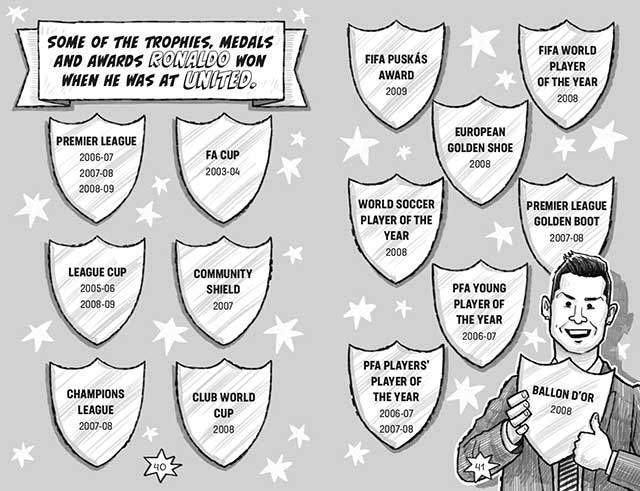 Using Ronaldo Rules in the classroom

There are lots of opportunities to use this book in cross-curricular topic work. The statistics and fact boxes lend themselves to maths-related activities. The clear and well-illustrated text will appeal to reluctant readers, making this an ideal book for intervention group reading, and as an impetus for nonfiction writing, including biographies, presentations and non-chronological reports. 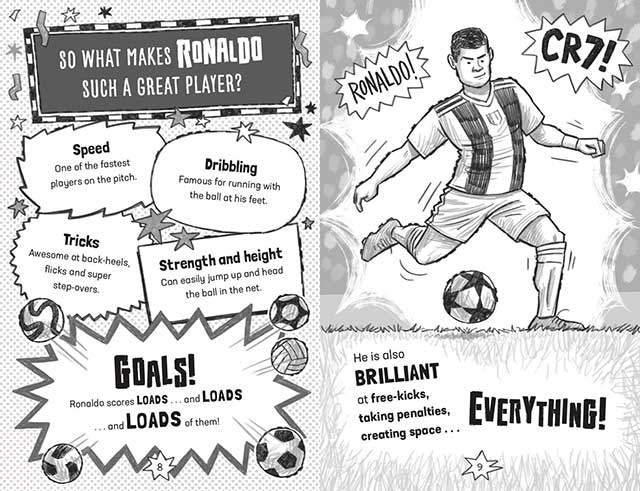 Everything a football-mad youngster might want is here: bold, dramatic art-work, factual information in clear and direct prose and page after page of biography and statistics charting Cristiano Ronaldo’s stellar career.

Many thanks to Welbeck Publishing for a review copy.