For book prices and ordering, click on the cover image.

Women Who Led The Way by Mick Manning and Brita Granström

Profiling a diverse group of inspirational women, such as Mae Jamison, Nellie Bly, Amelia Earhart and Harriet Tubman, ‘Women Who Led The Way ‘ is an exciting large format hardback with vibrant watercolour illustrations and powerful stories of women who explored new places, make key discoveries and paved the way for many more to follow in their footsteps. Presented as a series of compelling narrative autobiographies, we highly recommend it for KS2 school libraries and classrooms. 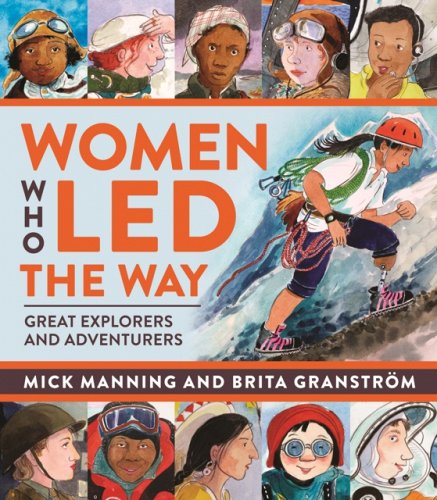 In this compelling collection of narrative non-fiction true stories about exploring and understanding Antarctica, pupils will gain a thorough understanding of the world’s most southerly continent. Packed with historical detail, STEM, geographical facts, environmental insights and wildlife guides, this lively illustrated hardback will appeal to children in KS2. With a useful glossary and source notes at the back of the book, it’s a perfect vehicle to spark independent learning. 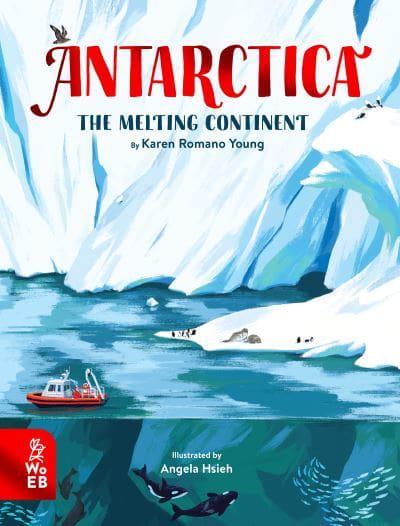 When Geronimo the homing pigeon doesn’t return, the Shalloo children decide to investigate what happened and Taber, the youngest, takes extreme measures by posting himself to New York to start an unforgeable adventure. An engrossing quest story infused with memorable characters and settings,’The Boy in the Post’ is perfect to read to classes in lower KS2, and ideal for independent readers aged 9+. 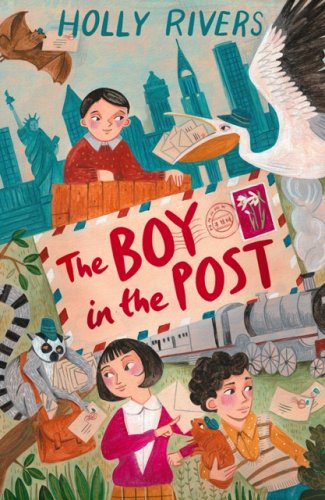 Take a deep dive into the lives of 18 fascinating explorers from Pytheas of Massalia in 350-285 BC to Amelia Earhart and her attempt to fly solo around the world in 1937. Originally published in the Phoenix Comic, this compendium is packed with funny dialogue, amazing facts and surprising history. With a bright, vibrant and fast-paced comic book style, ‘Corpse Talk’ is super-engaging and hard to stop reading. It will be really popular with KS2 children. 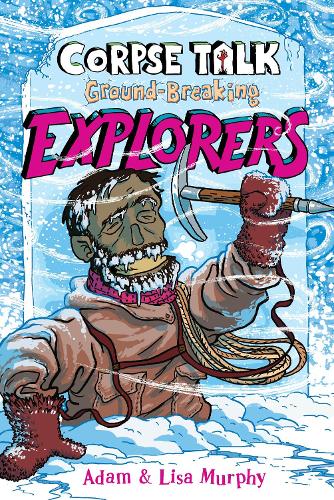 A stunning voyage of discovery for the reader. Explore Earth’s wonders through the magic of haiku and vividly accurate illustrations. Find fossils, erupting volcanoes, thunderstorms and glaciers. This is a beautiful large-format hardback that will inspire KS2 readers. 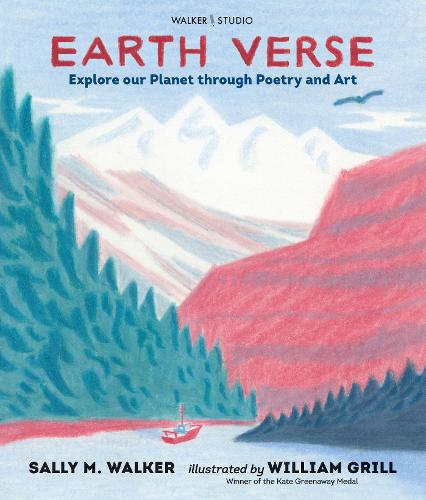 This award winning book contains a collection of true stories told by Alastair HUmphreys. Each one is an act of heroism and bravery in search of knowledge and adventure – feats which resonated with Alastair in his own life and motivated his own expeditions. With beautifully realised artwork, this book is ideal for KS2 school libraries. 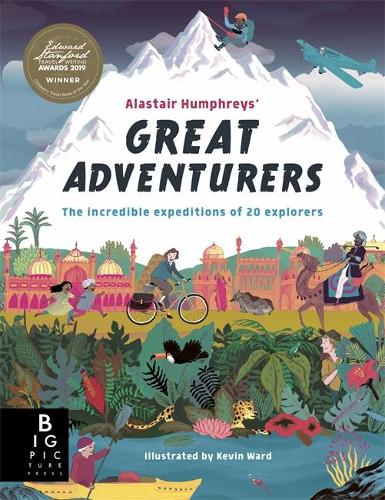 Race to the Frozen North: The Matthew Henson Story by Catherine Johnson

This compelling true story follows the life of Matthew Henson, who was propelled into an unforgettable adventure to reach the North Pole with United States Navy Captain Robert E Peary as part of an expedition in 1908. This Barrington Stoke book is an excellent choice for reluctant readers in KS2. 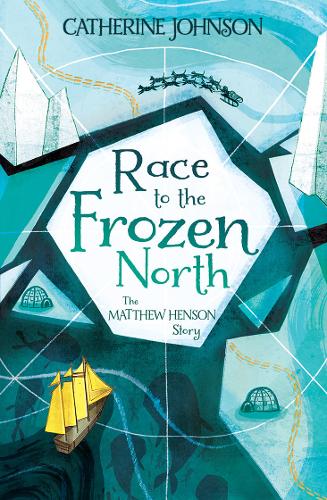 This captivating and mesmeric illustrated hardback takes readers on a fantastic journey, exploring the life of a child. Travelling through key life events, such as walking, riding a bicycle, going to the dentist, riding on a train, this book challenges children to think about what they want to do with their lives, and dream about what they want to achieve. An excellent book to use as part of PSHE discussions and transition from KS1 to KS2, this book is highly recommended for KS1 and lower KS2. 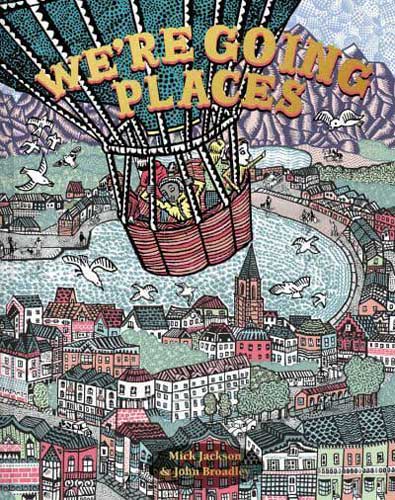 Who Was Christopher Columbus by Baby Professor

Discover who Columbus was and why he sailed into the unknown. Find out where he travelled, who with, and explore the amazing worlds he discovered. This is a useful book that can also be linked to Tudor topics, the Age of Discovery and aspects of world geography. 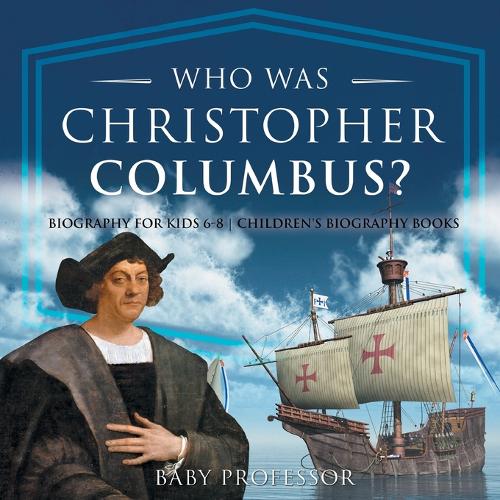 The Picture History of Great Explorers by Gillian Clements

An informative guide to exploration, from Ancient Greek and Roman times, through to the present day. With detailed explanations, time frames and descriptions of new inventions, this book help to open up a new world to KS2 readers. This book would make a valuable library resource for history, geography and technology. 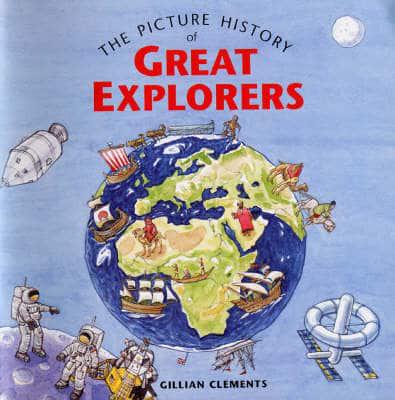 The Vikings were fearless voyagers – sailing seas, oceans and navigating rivers. In this beautifully presented book, with accessible text and large fold-out pages, their lives and times are illuminated. Where did the Vikings travel and what did they discover? Find out in this book! 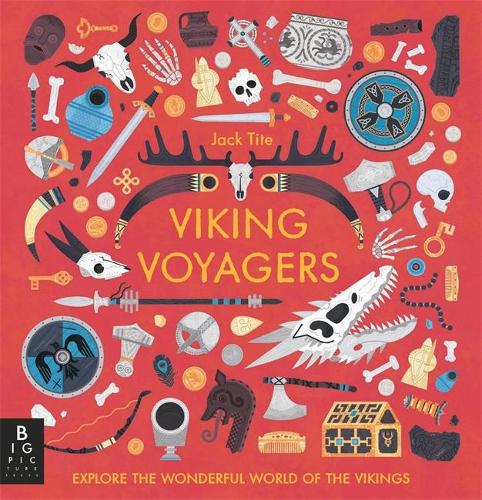 Who Was Leif Erikson? by Nico Medina

The engrossing story of the Viking who discovered America 500 years before Christopher Columbus. Read how his expedition navigated, hunted and survived the oceans in their longships. This book has useful curriculum links to geography, and KS2 history. 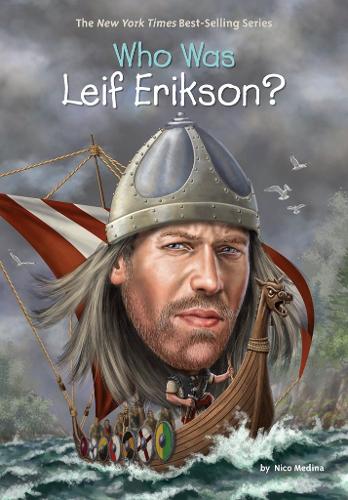 An engaging book with lively text and cartoon-style illustrations. With easy to follow maps, timelines and a useful glossary, this is a fun research book for KS2 pupils. Travel the globe with Captain Cook, share his discoveries and feel his hardships. 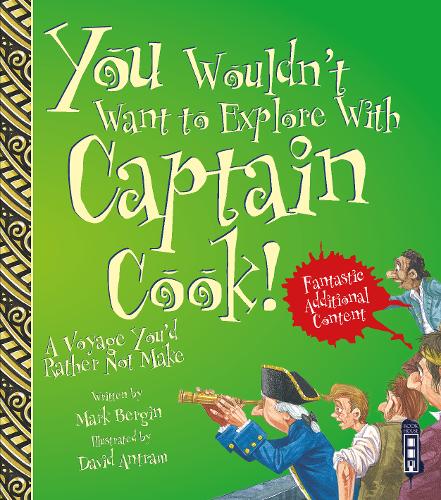 An awe-inspiring compendium of exploration through the ages. Featuring fifteen epic voyages of discovery , the reader will experience thrills, challenges and seafaring danger. Venture into the unknown! A good book for KS2 class libraries. 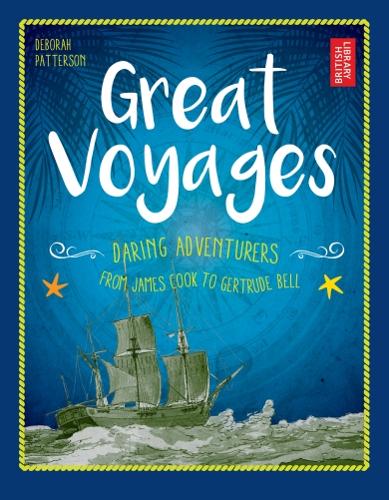 The Complete Guide to Space Exploration by Lonely Planet Kids

Fire the rocket boosters and your imagination with this explanation of the universe! The mind-blowing photography and illustrations track space exploration from the first satellite launch to the moon landings and lunar rovers. Speculate about living on other planets and imagine the discoveries waiting to be found. A useful addition for KS2 science and technology research. 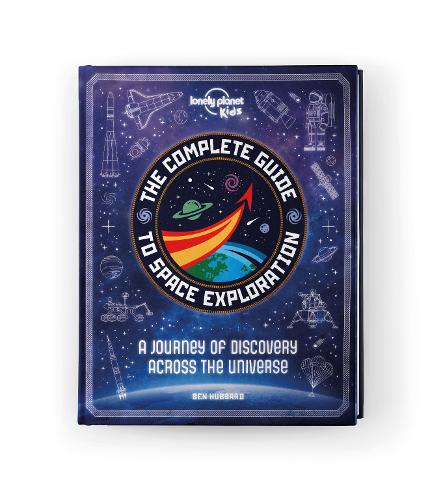 An out of the world narrative account of space exploration. This set of true stories are packed with gripping details about the danger, courage and inventiveness of those who pioneered the space age. Strap in, take a deep breath and reach for the stars! 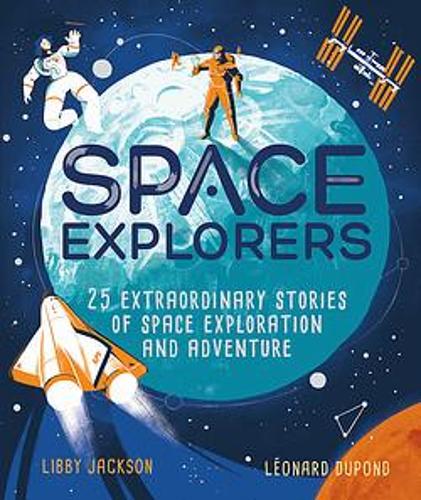 First to the Top by David Hill

Why would someone try to climb the highest mountain in the world? This book explores the motivations of the first mountaineer to achieve this feat, including how Edmund Hilary ascended the peak, who helped him, and what happened. A good book to enliven KS2 geography or narrative nonfiction in literacy. 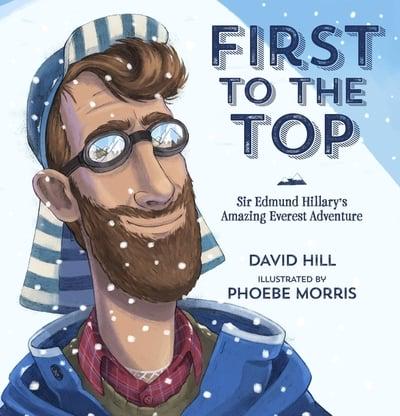 This superb book is stacked with details, colourful artwork and gripping description. The excitement of climbing into the unknown is captured vividly and the complexity and danger of the adventure is brought to life. 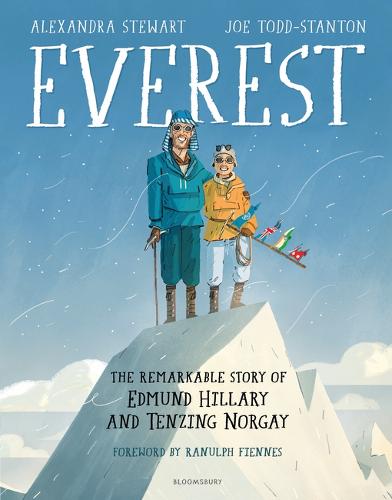 In August 1914, Ernest Shackleton set off to explore the little known Antarctic region. However, his ship, the Endurance, became wedged in sea ice and was eventually crushed. Marooned, an amazing journey across frozen seas, a tortuous land trek over icy mountains ensues before rescue. A thrilling true story that is ideal for KS2 readers. 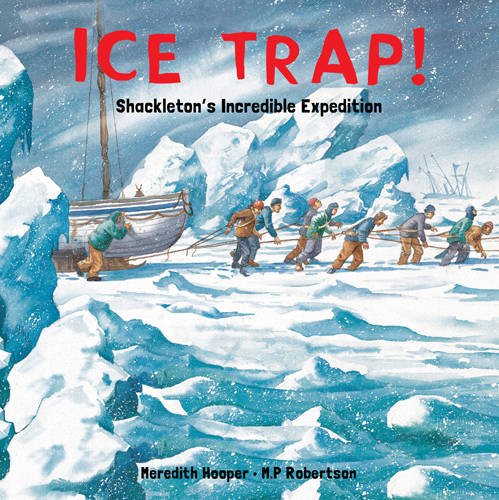 One of the hugely popular “You Wouldn’t Want To” series. Full of facts that you might not want to know, as well as accurate historical detail, maps, and an accessible timeline. With lots of engaging pictures and information about the crew, this is a good nonfiction book for reluctant readers in KS2. 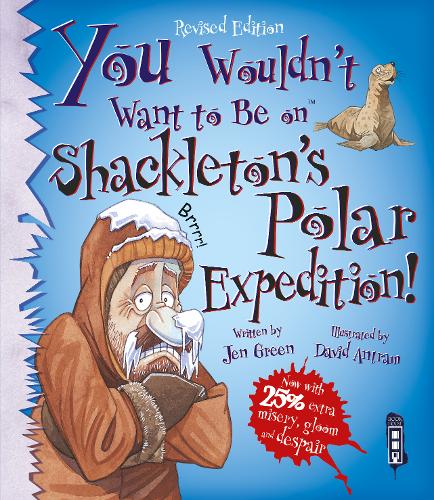 This enthralling book includes 50 accounts by the world’s most courageous and daring explorers. Learn how they braved the unknown to expand our knowledge of the world. With dramatic photography, vibrant maps and intricate cross-sections of ships, cities and spacecraft, this is a must-have for any KS2 exploration topic. 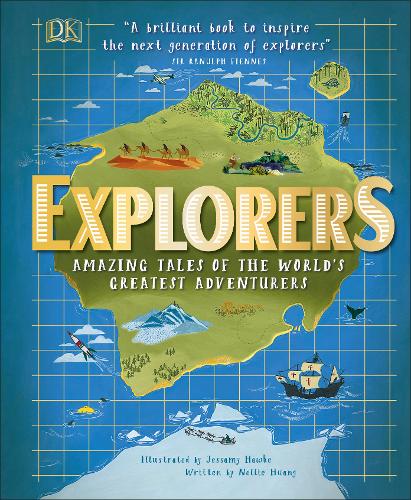 The Lost Book of Adventure by Teddy Keen

This unique hardback will inspire any child (or adult) to venture outside and explore! Dip into the notebooks of the unknown adventurer and be amazed by the stories of travels from around the world. Wonder at the sparkling artwork and the direct advice on how to survive alone in the wild. Highly recommended for classroom libraries, this is a great source of inspiration for extended projects and creative writing. 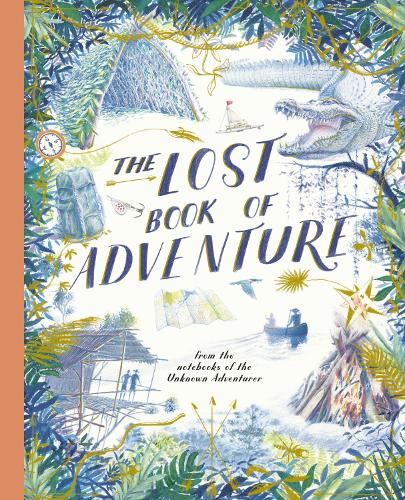 This gripping account of Darwin’s journey on the Beagle is wonderfully illustrated. The pictures of sloths, tarantulas, platypus, together with fascinating information about life on board make this book a winner. KS2 pupils will enjoy traveling with Darwin to experience the adventures that underpinned his theory of evolution. 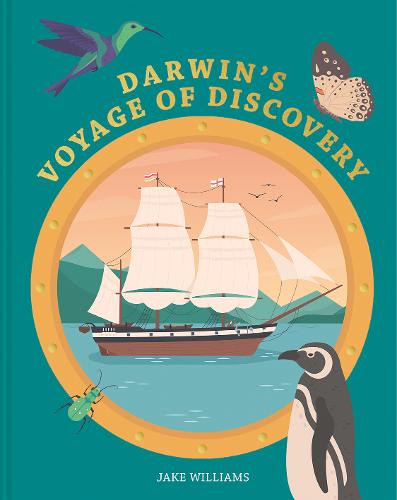 The Explorer by Katherine Rundell

A winner of three major literary awards, this adventure will keep KS2 children on the edge of their seats for chapter after chapter. Four children lost in the Amazon jungle, trying to survive and find a way out, meet the mysterious Explorer. Full of rich language and evocative descriptions of the rainforest and the creatures that live there. A memorable story of friendship, bravery and understanding, this novel is an ideal class reader for upper KS2. 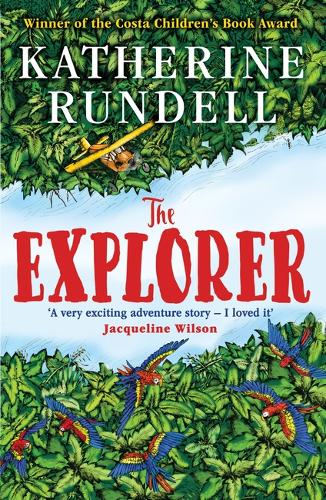 The Fantastic Undersea Life of Jacques Cousteau by Dan Yaccarino

Jacques Cousteau introduced the concept of undersea exploration to the world through his television programmes. Diving into previously unexplored oceans using hi-tech equipment and cameras, he shared his undersea wonders and mysteries. This illustrated biography will inspire and educate – and also warn of the dangers of pollution. 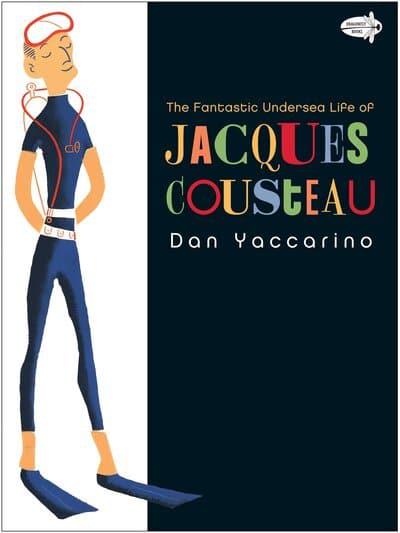 The Impossible Voyage of Kon-Tiki by Deborah Kogan Roy

This picture book tells the thrilling story of the dangerous voyage of the raft Kon Tiki by explorer Thor Heyerdahl. Discover how he prepared for his journey from Peru and what befell him and his crew on his 5,000 mile journey to the South Pacific. 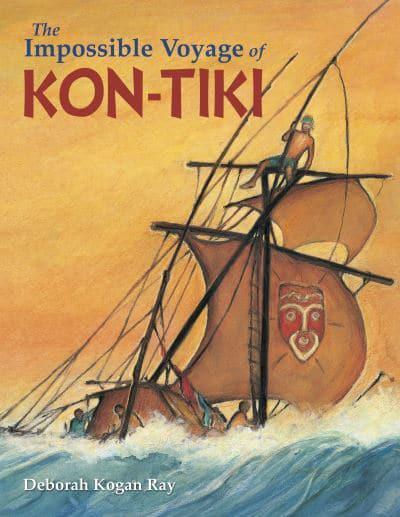 If you liked this list, you might also enjoy Voyage of the Sparrowhawk by Natasha Farrant and our KS2 books for topics collection.