By Tom Tolkien and last updated on February 6, 2021

We Planted a Pumpkin by Rob Ramsden

Arlo The Lion Who Couldn’t Sleep by Catherine Rayner

A Story About Afiya by James Berry and Anna Cunha

Moon: nighttime around the world by Patricia Hegarty and Britta Teckentrup

What We’ll Build by Oliver Jeffers

The Hospital Dog by Julia Donaldson and Sara Ogilvie

The Grinny Granny Donkey by Craig Smith and Katz Cowley

Isadora Moon Goes to a Wedding by Harriet Muncaster

Because You’re Mine by Nancy Tillman

The Goody by Lauren Child

Claude at the Palace by Alex T Smith

The Robin and the Reindeer by Rosa Bailey and Carmen Saldaña

Amelia Fang and the Trouble with Toads by Laura Ellen Anderson

Isadora Moon Goes to a Wedding by Harriet Muncaster

The Ickabog by J K Rowling

The 130-Storey Treehouse by Andy Griffiths and Terry Denton

A Remarkable Ear by Anne Fine

Trouble on Planet Christmas by Kate Saunders and Neal Layton

A Secret of Birds & Bone by Kiran Millwood Hargrave

The Monsters of Rookhaven by Pádraig Kenny

The Acrobats of Agra by Robin Scott-Elliot

The Puffin Keeper by Michael Morpurgo

The Castle of Tangled Magic by Sophie Anderson

On the Move: Poems About Migration by Michael Rosen and Quentin Blake

Deny All Charges by Eoin Colfer

The Otherwhere Emporium by Ross MacKenzie

Tamarind & the Star of Ishta by Jasbinder Bilan

The House of Clouds by Lisa Thompson

The Griffin Gate by Vashti Hardy

The Ten Riddles of Eartha Quicksmith by Loris Owen

Lori and Max and the Book Thieves by Catherine O’Flynn

The Midnight Swan by Catherine Fisher

This Winter by Alice Oseman

The Tower of Nero by Rick Riordan

Punching the Air by Ibi Zoboi and Yusef Salaam

Daisy and the Unknown Warrior by Tony Bradman

The Silent Stars Go By by Sally Nicholls

The Girl Who Became a Tree: A Story Told in Poems by Joseph Coelho

How it all Blew Up by Arvin Ahmadi

Britannica All New Children’s Encyclopedia: What We Know & What We Don’t by Christopher Lloyd and J.E. Luebering

Escape Room – Can You Escape the Museum?: Can you solve the puzzles and break out? by Gareth Moore and Beatriz Castro

Why do we need art? What do we gain by being creative? And other big questions by Michael Rosen and Annemarie Young

How Do Bridges Work? by Roman Belyaev

The Homes We Build: A World of Houses and Habitats by Anne Jonas

Polar: Getting to Know the Arctic and Antarctic by Alicia Klepeis and Grace Helmer

Dare to Be You: Defy Self-Doubt, Fearlessly Follow Your Own Path and Be Confidently You! by Matthew Syed

I am fabulous by Nicola Louise Bedenham

The Body Image Book for Girls: Love Yourself and Grow Up Fearless by Charlotte Markey

It Isn’t Rude to be Nude by Rosie Haine

Albert Einstein’s Theory of Relativity: Words That Changed the World by Carl Wilkinson and James Weston-Lewis

Amazing Women of the Middle East by Wafa Tarnowska

To order all the books in this list, or to bulk order class sets of books, click here.

For even more suggestions, see our daily new book recommendations on our Facebook page and our Twitter Feed.

Adventure in Athens by Caroline Lawrence
Time School: We Will Honour Them by Nikki Young 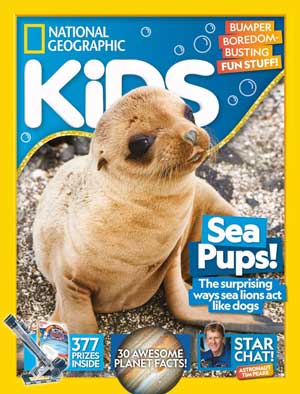