The Missing: The True Story of My Family in World War II by Michael Rosen

A collection of prose recollections, poetry, documents, letters, and photographs that relate to Michael Rosen’s quest to find out what happened to his relatives who went missing during WW2. Highly recommended for KS2 teaching. Read our full review here. 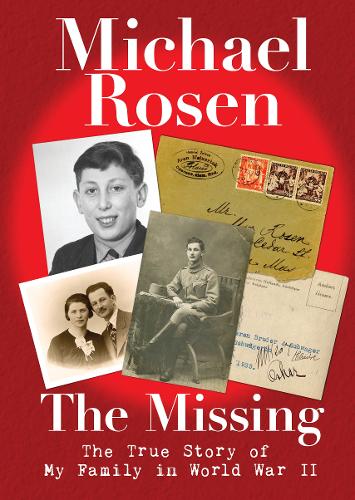 The First World War (Adventures in Time) by Dominic Sandbrook

Cleverly constructed, this historical narrative non-fiction book presents WW1 using a different viewpoint in each chapter. Through the lenses of German, English, Austrian, French, Italian and Russian characters Dominic Sandbrook tells the story of WW1 with a painstakingly detailed historical narrative. Ideal for teachers looking for a more in-depth class reader, this true-life account is a masterpiece of historical empathy. It’s a uniquely useful text that will appeal to Y6 literacy teachers and KS3 history teachers and one that will help pupils understand and relate to different perspectives and experiences of the conflict.

Now or Never: A Dunkirk Story by Bali Rai

When Fazal Khan travels from his home in India to serve as part of the colonial Royal Army in WW2, he is shocked not just by the horrors of war, but the treatment of his comrades by other soldiers and the army command. Readers are invited to think about why he is even there and whether he should feel loyalty to those who mistreat him. Well-written and exciting, this is a good book for discussion in year 6.

A simple and evocative picture book, suitable for lower KS2, that tells the story of a truce in the trenches for Christmas 1914, when soldiers from both sides stopped fighting during WW1. The illustrations by Michael Foreman provide lots of ideas for displays, art links, and creative writing. 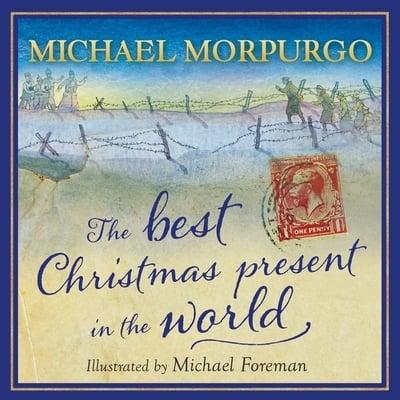 Number the Stars by Lois Lowry

An award-winning WW2 story of courage against all odds, suitable for upper KS2. In 1943, Annmarie helps to save her best friend Ellen, in the face of curfews, mass arrests, and Nazi soldiers, and plan a daring escape. This book would make a powerful class reader for year 6.

The Conquerors by David McKee

When an all-conquering general is left with only one country in the world left to take over, something very strange happens once his army marches in. A simple but effective moral tale that will provoke discussion about power, control, bullying, and authority in both KS1 and KS2 PSHE lessons. 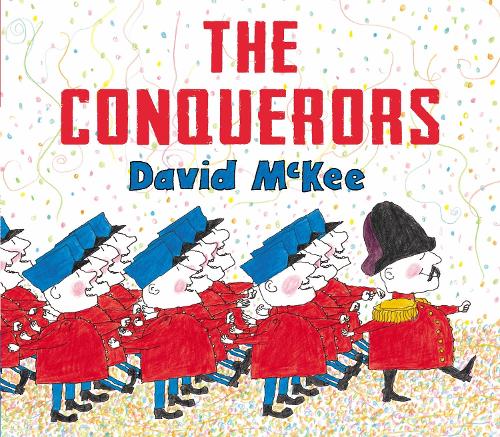 Five Children on the Western Front by Kate Saunders

Written as a sequel to E Nesbit’s Five Children and It, this story follows the familiar characters to the brink of war in 1914 and how it affects the subsequent years in their lives. An interesting exploration of how war affects children, this text would be an effective class reader for year 6, and useful for studying empathy both in reading and in creative writing.

What Are We Fighting For? by Brian Moses and Roger Stevens

This collection of accessible and thoughtful poems covers the history of WW1, themes of evacuation, rationing, courage, the role of animals, and the concepts of right and wrong. It’s ideal for topic work, and also to read to, read with, and discuss with children in years 2-4. 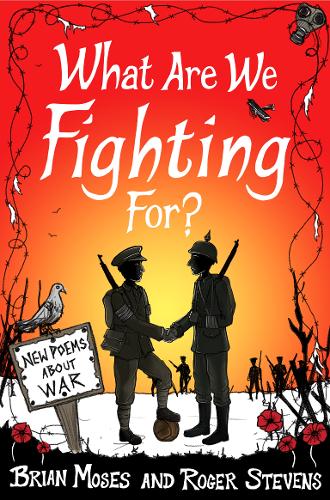 An ancient Japanese legend tells that anyone who can make 1000 origami cranes will be given one wish. Sadako needs that wish, for she is desperately unwell in the aftermath of the 1945 Hiroshima bombing. A unique, moving, and relatable book that is ideal to read and discuss with children in KS2. 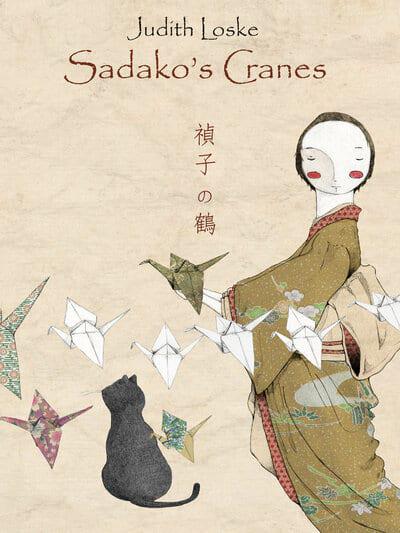 One Minute’s Silence by David Metzenthen and Michael Camilleri

A picture book that uses powerful images to convey the space, loss, and emptiness after a major conflict – by comparing the fierce fighting on the shores of Gallipoli in WW1 to the years afterwards. A powerful story that invites the reader to empathise, this is a useful book for KS2 topic work on the theme of Remembrance Day.

A young adult novel suitable for KS2 and more mature pupils in year 6, this story follows a group of teenagers torn from their stable lives and thrust into the turmoil of WW1. A good book for exploring and discussing how conflict can change our lives in an instant, and in ways that ensure life will never be the same again.

WHY? by Nicolai Popov

An excellent book to share with children in KS1 and provoke discussion about conflict on a personal level, and amongst wider groups and countries. When a frog takes a flower that he likes the look of, his joy is short-lived when a mouse tries to steal it. The frog’s friends band together to scare the mouse away, but then the mouse gets organised with retaliation of his own. This book explores how and why wars develop, how senseless conflict can often appear, and provides an opportunity for children to discuss how to deescalate and resolve. 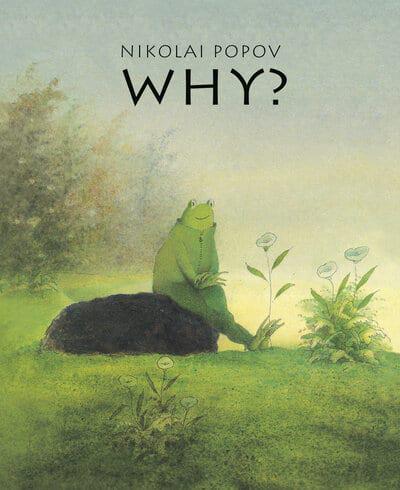 An illustrated children’s novel about a football game between two warring sides in Word War 1. This is a useful book to read with KS1 and lower KS2 classes, discuss in PSHE and create responses to in literacy and art lessons. 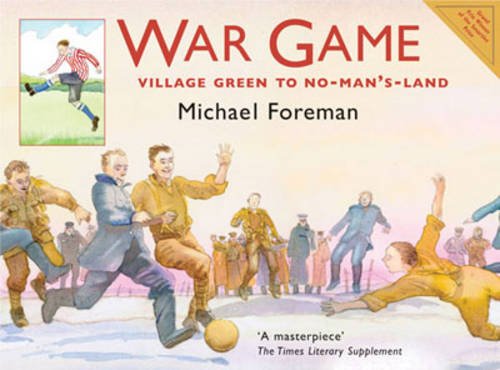 Images of The National Archives: Armistice by Louise Bell

A spectacular collection of photographs, images, and source material from the final year of WW1 leading up to armistice. Very useful as a research resource for KS2 – in particular how the war affected ordinary people – and as an impetus for topic and literacy writing, empathy, and discussion.

After the War: From Auschwitz to Ambleside by Tom Palmer

Yossi, Leo, and Mordecai are safe in their new home in northern England near Windemere. But they’re still haunted by nightmares of the WW2 Nazi concentration camps. Will their new life be enough to repair their broken lives? An excellent and relatable class reader for children in upper KS2. There’s a useful BBC bitesize resource on the Windermere Boys here.

Where The Poppies Now Grow by Hilary Robinson and Martin Impey

A poignant picture book story of friendship, change, and survival, set during WW1. The accessible rhyming form makes this text an ideal one to read and share with younger children, and a good starting point for discussion in PSHE. Suitable for children in both KS1 and KS2 and useful to spark topic work and art linked activities. There’s also a video here. 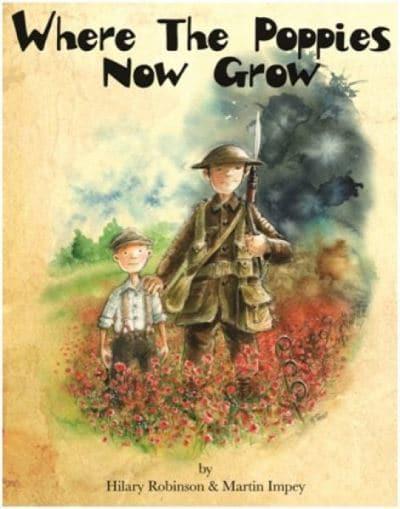 No! by David McPhail

When a small boy sets out to post a letter, he encounters bullying and conflict along his journey to the post box. This book is an interesting book to explore how playground tensions and children’s own experiences are analogous to strife in on a worldwide scale. A sharply realised and clever book to read and discuss with children in both KS1 and KS2.

In Flanders Fields: The Story of the Poem by John McCrae by Linda Granfield

An award-winning, beautifully illustrated and emotive depiction of WW1 set to John McCrae’s famous poem. High recommended for cross-curricular topic work, this book can also provide inspiration for cross-media poetry performance, and whole school assemblies on the theme of remembrance. 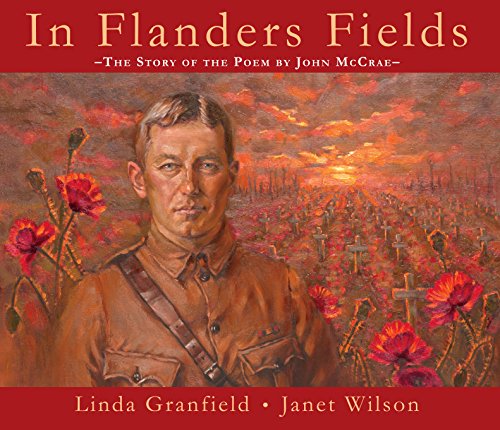 A hard-hitting story about child soldiers in East Africa told from the perspective of Kaninda who was trained as a rebel soldier before being rescued by aid workers and placed into a secondary school in London. A good text to discuss empathy, feelings, and long term effects of war on children with children in upper KS2. 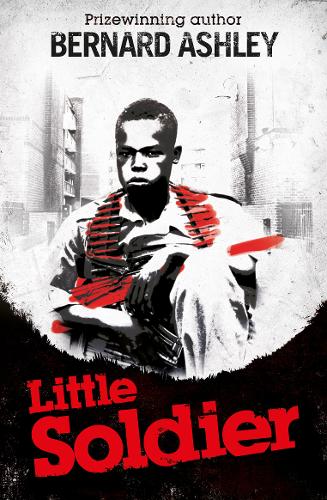 A highly original and gripping story about Lily whose worries at school are compounded by her gran’s deteriorating Alzheimer’s condition. But when she starts reading her gran’s grandfather’s inspirational WW1 diaries she sees a way to not only face her own troubles but connect with her gran. This text is a useful prompt for KS2 creative writing and an excellent class reader for all abilities in upper KS2.

A moving and visually powerful picture book story that highlights the loyalty, friendship, and loss caused by war – told through the eyes of two childhood friends, split apart by distance and their disagreement over the Vietnam War. An excellent resource to spark philosophical discussion. 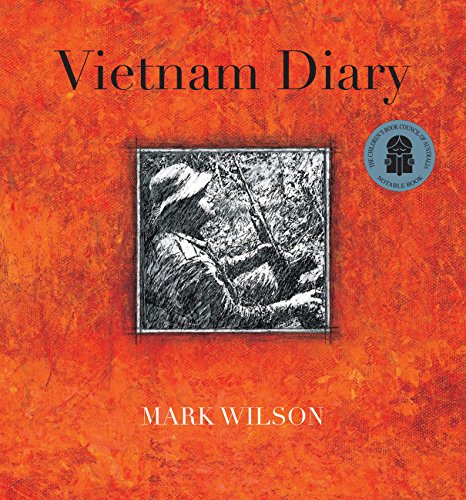 Remembrance and war teaching resources and KS1 and KS2

To buy all the books in this remembrance and war topic book list, see our bulk order page.

Do you need more exciting book choices? – Have a look at our children books quiz

or our year 5 books pages

Please respect copyright and don’t copy or reproduce our remembrance and war books for children reviews. Sharing on social media or linking to our site’s pages is fine. Thanks.

Tom Tolkien is an experienced teacher and educational consultant who taught for 20 years in primary and secondary schools, including Woodleigh School in North Yorkshire, where he was Head of English and ran a 4000 book prep school library for pupils aged 3-13. He now reviews books for children and teens. Social profiles: Twitter | Linkedin