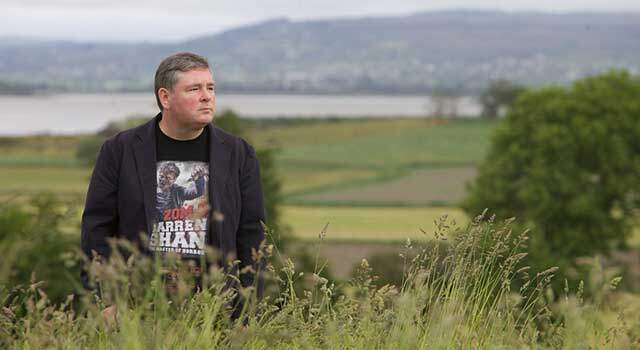 ‘I saw that I was going to have to leave the horror behind.’

Several years ago, as I was nearing the end of work on the twelve books of my Zom-B series, I was walking along a bridge in London and looking forward to enjoying a break from lengthy, multi-book sagas for a while. I’d spent more than a decade and a half beavering away on four long series – The Saga of Darren Shan, The Demonata, The Saga of Larten Crepsley, and Zom-B – and felt it was time for a change. I liked the idea of writing a few one-off books, where I wouldn’t have the constant, long-term pressures of a series to contend with. But then, as I was strolling along, I saw a young woman pulling weird faces. It was like an insect had got trapped up her nose and she was trying to shake it loose by twisting her face into different shapes.

I knew in an instant that my plan to avoid another long series had fallen by the wayside, because that woman had given me an idea for a book about a young locksmith who crosses universes and discovers a series of worlds very different to our own, and a stand-alone book just wasn’t going to be enough to tell his story.

I’m not yet sure exactly how long my Archibald Lox series will be, but I’m anticipating at least three Volumes, of at least three books each. It might end there, or stretch on a little further. Archie – as his friends call him – will dictate the point at which I’ll stop. I never force my books to obey my wishes. I go where they lead me. The ideas are the organ grinder and I’m just a hard-working, obedient monkey. The story, I have to sadly and humbly admit, is boss.

At the same time, I do have some small role to play in the creative process, and I get to make certain key decisions, although the stories sometimes cut me short on those calls too — I began Lord Loss, the first book of my Demonata series, in the third person, but after a few pages the story cleared its throat meaningfully, shook its head, and told me to go back and start again, but in the first person.

The story was right, of course. It always is.

As I began piecing together the universe of Archibald Lox, it became clear to me that this was going to be very different to my other series. I’m known first and foremost, for good reason, as a horror writer. My major books to date have been dripping with blood and guts. There was always much more to them than the gore –readers would have tired of my work long ago if all I could offer up were shock tactics – but there’s no denying they’re grisly little monsters. Characters fall like dominoes. Heads are torn off, backs are stabbed, whole civilizations are wiped out.

Let’s put it this way — they’re not the go-to choice of timid readers! 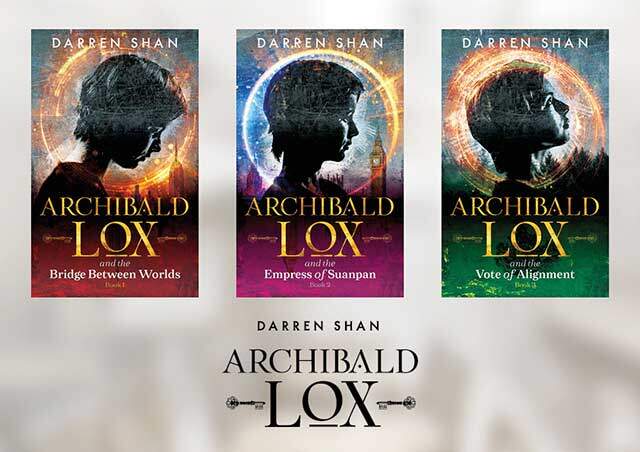 But this time the story wanted me to do things differently. Over the coming weeks and months, as the worldbuilding rolled along nicely, I saw that I was going to have to leave the horror behind. There will be dark, suspenseful moments in the Archibald Lox books, but they won’t wallow in the gruesome, Grand Guignol glories of my other tomes.

The books aren’t frantically paced either. They’re not slow by any stretch of the imagination, but the story wanted to build a bit more gradually here. There was barely time to pause for breath in my other series, especially The Demonata and Zom-B, but there are quieter moments in these books, and the plots come together more like clouds slowly drifting into place, rather than like volcanoes erupting. For instance, in the first Volume you don’t really find out what the main plot line is until the third book, when the nature of the mission that Archie finds himself wrapped up in is finally revealed.

These twists sneak up on you

As an author, I’m known for my twists, turns and cliffhangers. I took that to extremes with Zom-B, where pretty much every book in the series ended on a big cliffhanger, and the rug got pulled from beneath readers’ feet all the time. There are twists aplenty in Archibald Lox, but generally speaking they don’t leap up suddenly and slap you in the face. These twists sneak up on you, gently surprise you, and hopefully leave you smiling when you figure out the way you’ve been played, rather than shaking with fear and shock.

As I admitted already, my stories sometimes knock my plans for six, so I guess there’s a sliver of a chance that Archie’s story will change further down the line, and this will become a screaming, blood-drenched beast of a series before the end, but I’ll be very surprised if that happens. This is a series where the story is driving me to redefine for readers what a Darren Shan book can be, and how it can work.

And when I’m finished? When I walk away from Archie’s story and turn my sights to something new, will it mark a return to one-hundred-mile-an-hour horror? Will I get to write those stress-free, one-off novels that I was yearning to write, or does another behemoth of a series await?

Hey, there’s no point coming to me with those questions.

You’ll have to go ask the boss…

Darren’s Shan’s new book – Archibald Lox and the Bridge Between Worlds – is out now and available as an eBook for free download onto Kindles, phones, tablets and computers.

Archibald Lox and the Bridge Between Worlds by Darren Shan 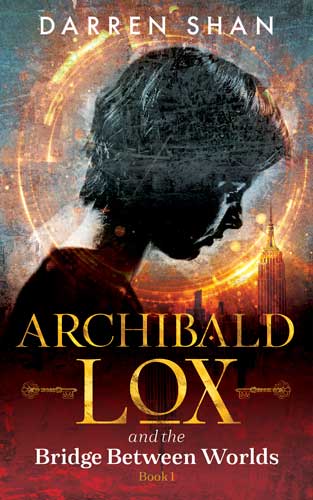 For more new book ideas, why not have a look at our round-up of new books for spring 2020?

Darren Shan is the bestselling children's and young adult author of The Demonata series, the Zom-B series and the Cirque Du Freak series. His latest series, Archibald Lox, was released in April 2020. Twitter | Youtube | Website